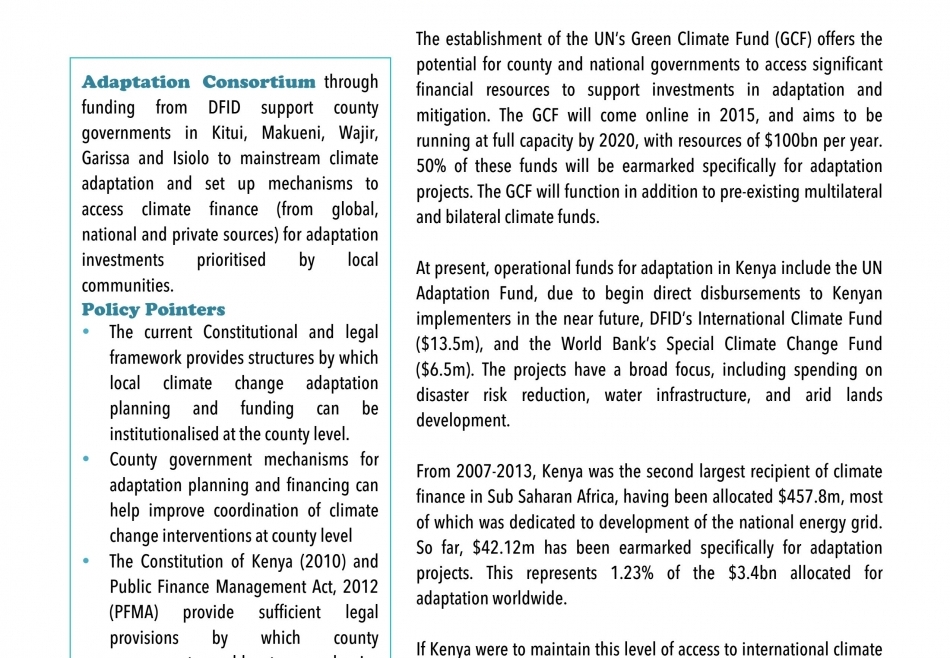 The establishment of the UN’s Green Climate Fund (GCF) offers the potential for county and national governments to access significant financial resources to support investments in adaptation and mitigation. The GCF will come online in 2015, and aims to be running at full capacity by 2020, with resources of $100bn per year. 50% of these funds will be earmarked specifically for adaptation projects. The GCF will function in addition to pre-existing multilateral and bilateral climate funds.

At present, operational funds for adaptation in Kenya include the UN Adaptation Fund, due to begin direct disbursements to Kenyan implementers in the near future, DFID’s International Climate Fund ($13.5m), and the World Bank’s Special Climate Change Fund ($6.5m). The projects have a broad focus, including spending on disaster risk reduction, water infrastructure, and arid lands development.

From 2007-2013, Kenya was the second largest recipient of climate finance in Sub Saharan Africa, having been allocated $457.8m, most of which was dedicated to development of the national energy grid. So far, $42.12m has been earmarked specifically for adaptation projects. This represents 1.23% of the $3.4bn allocated for adaptation worldwide.

If Kenya were to maintain this level of access to international climate finance when the Green Climate Fund reaches full capacity, it stands to receive $615m in finance for climate adaptation each year. If it were to double its level of access, it could stand to gain $1.2bn each year. Pre-established county level funds could prove to be versatile mechanisms through which to channel this funding to support community driven development and resilience building priorities. 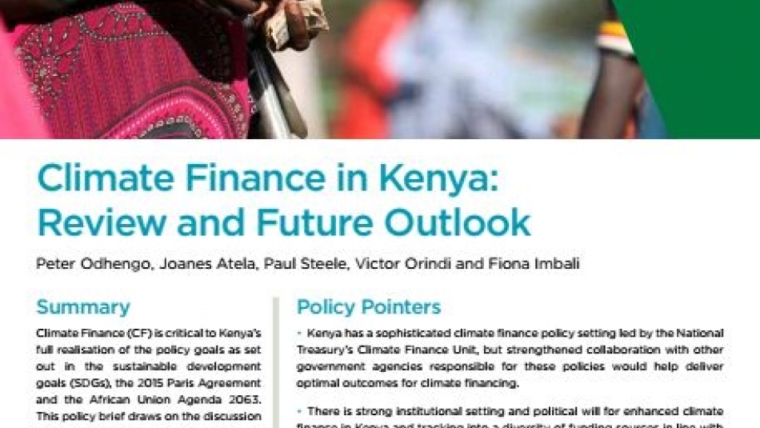 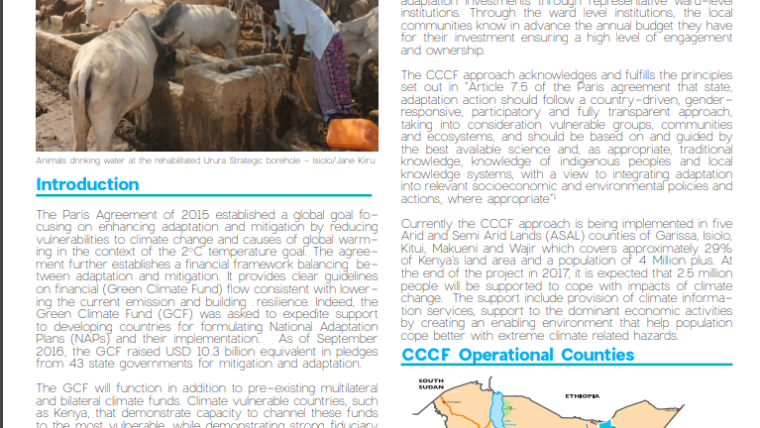